This print started in a strange way. At the beginning I thought to print the sixteen plates used for the Lpw book with a big wood types Fear in the middle.

The idea was to create a sort of poster version of it. So, I started to set up the plates and tried to create the right rhythm, but something sounds wrong every time. I realized that a text – done  for a 20×23 cm page, doesn’t work in a big blank sheet together with other fifteen. In fact it looked like a dirty piece of paper used to clean rollers.

So I turned direction: the wood Fear was good but only with one fragment from someone else.

I had just finished Scritti Corsari, a paperback of articles and short essays by Pier Paolo Pasolini, one of my favorite authors and I was quite impressed by a text about the necessity of not having fear in front of the new – it was written in 1975 and spoke about the transformation of the italian society. (*disclaimer: it’s true devil is in the details. Some days later, after putting everything down, I realized to do a mistake: Pierpaolo instead of Pier Paolo. Well, the works is done and the message is not less powerful for this so I decided to not throw the copies into the rubbish*).

It reminded me also a long text by Wu Ming 1 (english version here) about PPP that I loved and, last but not least, it finished with few, powerful words:

Something like: it isn’t necessary to have fear – like in the past – of discrediting the sacred or of not having a heart.

But, because I wanted to use the big wood types, I decided to cut the few words in the middle, trying to turn this fragments into a sort of motto.

I think it works very good, the big letters attract the eyes to read the rest and, I hope, push to the entire article. 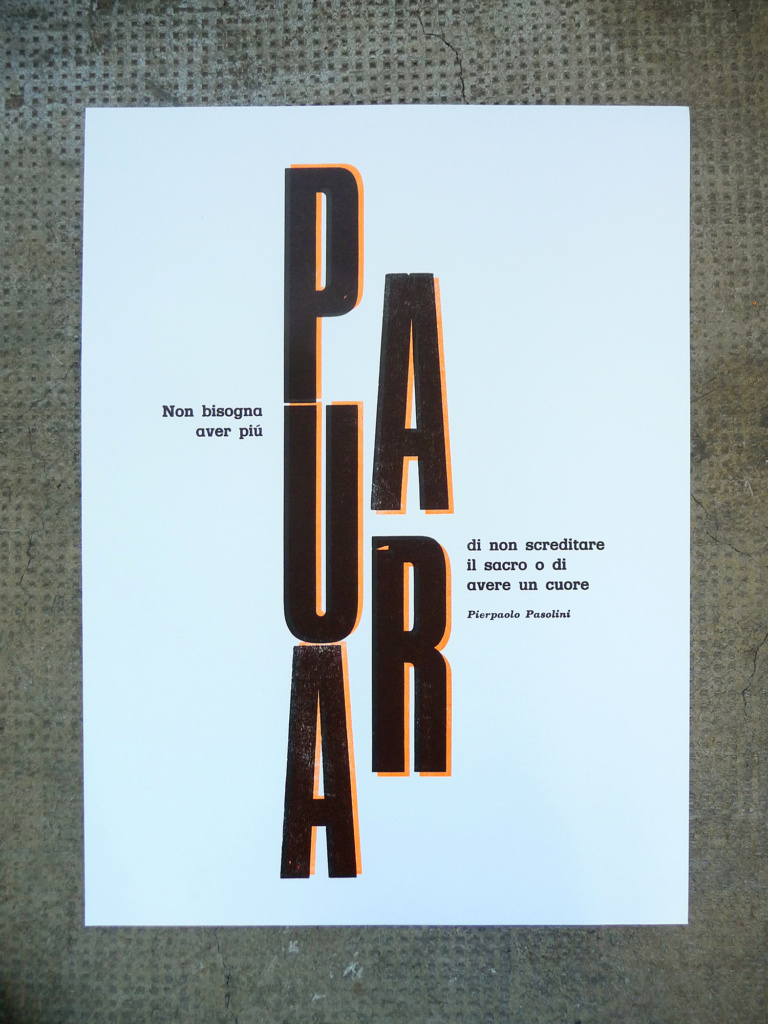 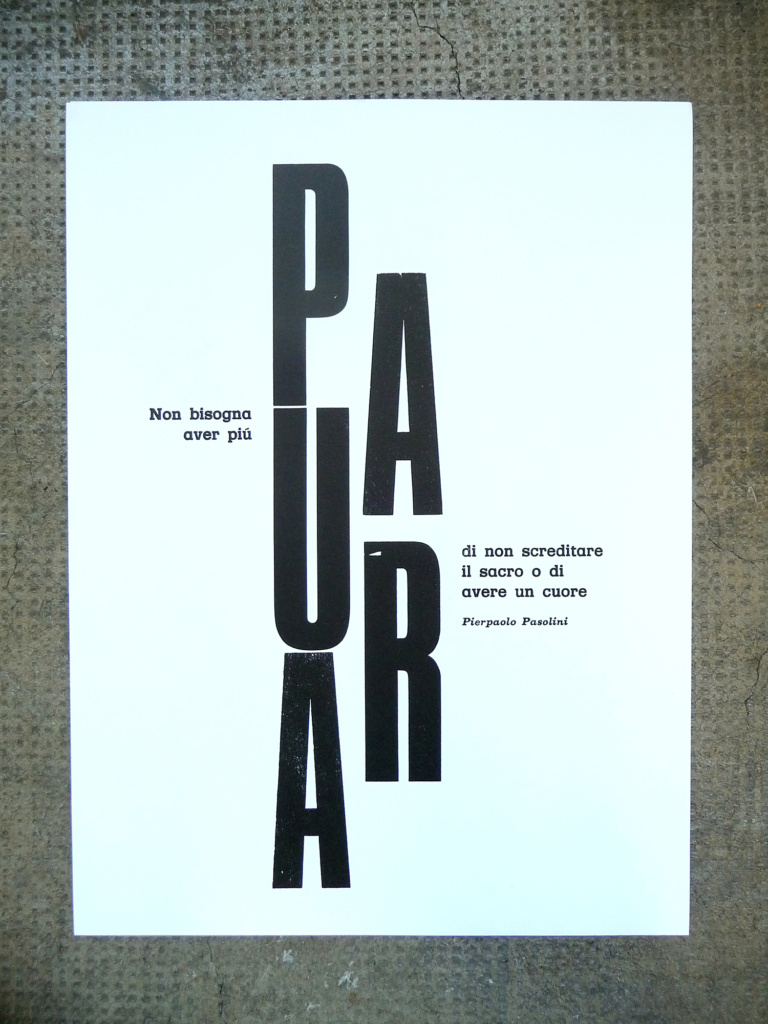