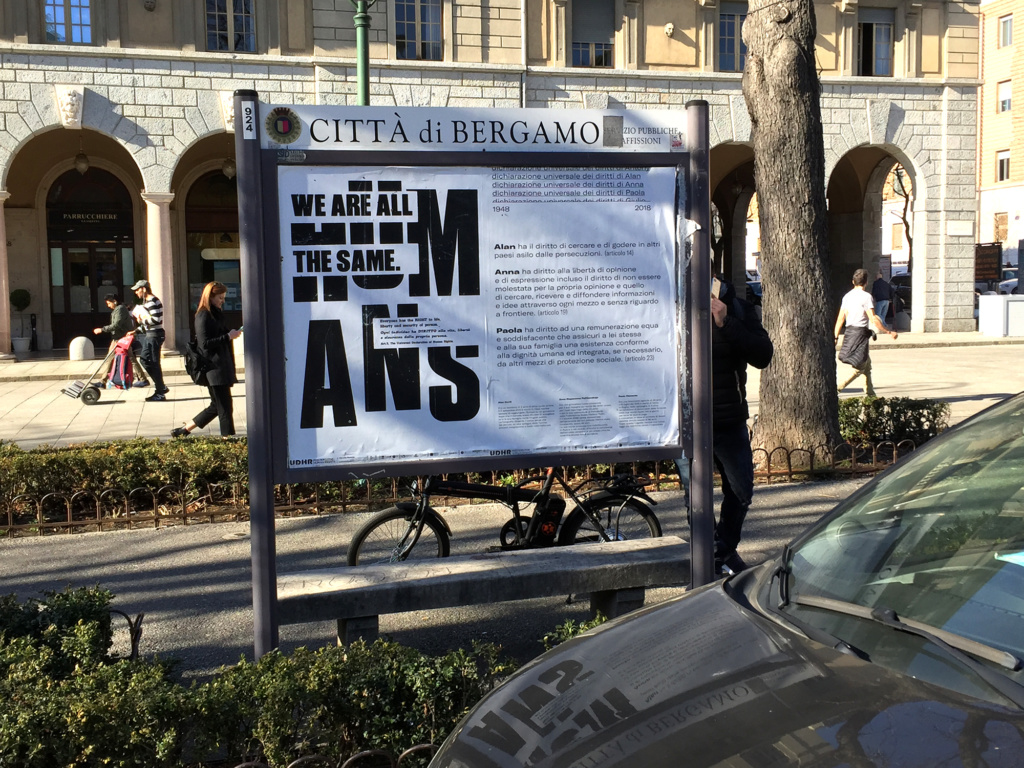 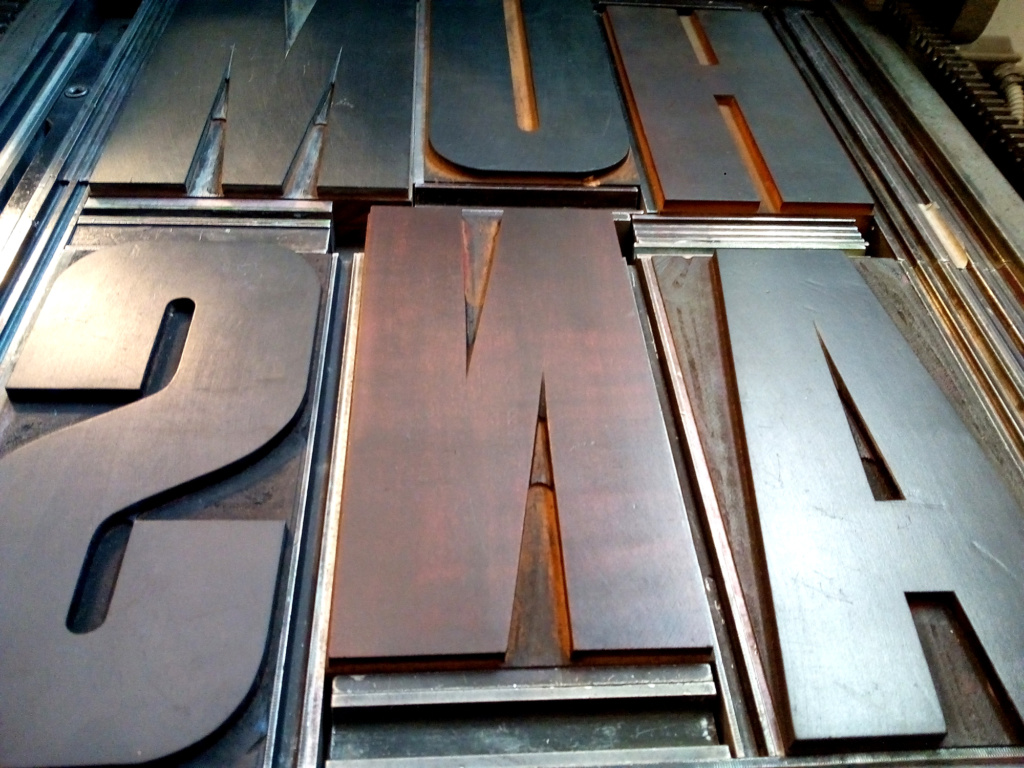 At the beginning of 2019 I was contacted by Dario Carta, designer based in Bergamo, for a project that I found extremely interesting: an exhibition of posters inspired by the Universal Declaration of Human Rights. The content and the method (posters around the city of Bergamo combined with an ad hoc exhibition) immediately convinced me. Also because, for the processn, it was a good way to mix typographic and offset printing. How? By converting a 35×45 cm poster into a 70×100 file. The Article 3 of the Declaration represented the starting point and the subject. The first printing run was the background; to do it, I used rather large wooden letters covered by some paper rectangles, in order to obtain spaces inside the characters themselves. This step, always different in each copy, was used to make the two levels interact with each other: background and text. This one, setted up using metal types, was in fact printed at a later date, trying to align as much as possible with the rest.
Apparently it was a hard job, but, at the end, I printed 28 copies . The best one (for printing and alignment) was then scanned and reproduced in 70×100 cm format and, on March 1st, was attached around Bergamo, together with 19 other posters. For more information (there is also a catalogue!): udhr-posters.org 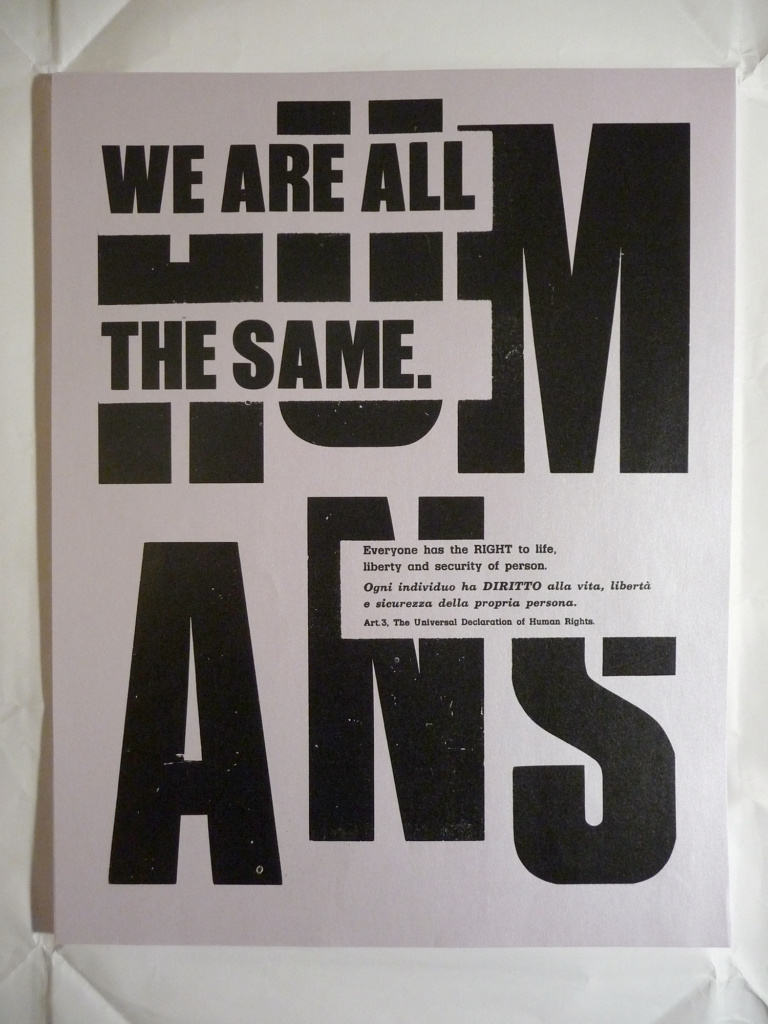